Skip to content
Home » Prompt: What inspired you to be a Teacher/Educator?
Posted by By Mr. Widgets April 13, 2021No Comments

Honestly, I was sitting the Throttleman watch on my first boat poking holes on mission somewhere in the Mediterranean Sea and I made the decision that the Navy was not a long-term option for me. So I gave it a lot of time on that 6-hour watch about “What do I want to do in my life” and when it came down to it, I decided that I wanted to coach football. I was a pretty junior “Nuke” (my position/job in the Navy) so I wasn’t really respected for anything I did at the time Navy-wise, but people did seem to respect my knowledge of football. And, after all, I did take to it more as a student of the game than an athlete, because I was never really that physically talented anyway.

So, I thought, well, what would be my fastest means to be a football coach and, of course, it meant that I would have to be a Public School Teacher first, then just rise up through the coaching ranks in the schools. So when I made the decision to be a Teacher, I thought, what subject would I like to Teach, and as I had always liked my Science classes in school, I decided to be a Science Teacher.

Three plus years later, I got out of the Navy and started college singularly focused on being a Science Teacher for the sole purpose to coach football. It took 5 total years to earn my Biology Degree, and then another 2 years on top of that to get my Secondary Teacher Certification. Then I got my first position taking over for a Teacher who ran out the front door in a nervous breakdown at Lincoln High School (see my other blog post). As that school year went on I guess you could say that my heart got into it and I realized that I had a real position of influence to be able to actually help these kids, most of whom reminded me of the same kids that I had as friends growing up. And when I made the decision to use the platform of Science to also teach Leadership and proper decision-making, which is what these kids REALLY needed in life, any concepts in my mind to spend scarce time as a football coach seemed to have less and less meaning.

So, I never got around to that football coaching thing after all, but there is no loss there. I know I did my best and left everything I had for those kids and that community. And I’m okay with that.

Why You Should Never Say “Happy Friday” to Students

No comments yet. Why don’t you start the discussion? 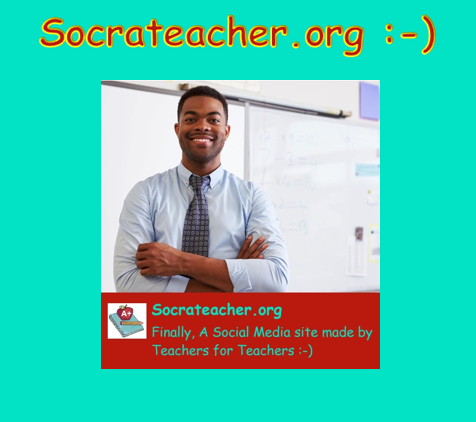 Have you ever thought about having your own Teacher/Tutor Website? SiteGround.com is the best Website Hosting service in the world. Use this link and get up to 73% off your first year of hosting.